Difference Between Pigment And Dye Ink

While some of these issues are straightforward, others, such as the distinction between pigment and dye ink, are more challenging. Pigment ink and dye ink are the two most common types of printer ink.

We’d want to clarify that right now. You’ll discover which choice is best for your requirements and how to choose the best one for you. Do you want to learn more about pigment inks and dye inks? Then continue reading.

What Is Pigment-Based Ink?

Solid pigment powder particles contained in ink are used to transfer color in pigment-based inks. Because it resists fading for longer and doesn’t smear as much as dye-based inks, it’s more durable than dye-based inks.

As a result, it’s ideal for documents (mainly photographs) that need to be archived. Pigment-based inks are great for printing on slicker surfaces like transparencies and stickers. They are, however, more costly and less bright than their dye-based counterparts.

What Is Dye-Based Ink?

Dye-based inks have been around since the inkjet printer’s introduction. These inks produce a brighter, more vivid color on the paper by combining a dye dissolved in water with different optical components.

When exposed to too much sunshine, therefore they are more certain to smear and fade. In addition, it takes longer to dry in contrast to pigment-based inks and will run if exposed to water. However, recent technological advancements have increased the fade resistance of certain dye-based inks (such as those used in HP and Epson ink cartridges).

Difference Between Pigment And Dye Ink

Making the right decision between dye ink and pigment ink might save your day. In a nutshell, dye-based ink will completely dissolve in water.

If you splash water on your dye-printed paper, the ink will flow and turn your dull financial paperwork into a work of beauty. However, don’t expect everything to be back to normal after it has dried thoroughly.

On the other hand, Pigmented inks adhere to the paper because of their thicker texture, which nestles into the page’s tiny fibers. As a result, pigmented inks are more resistant to water in general.

Interestingly, dye-based inks have long been the standard option for inkjet printers known for producing higher-quality photos. It demonstrates how dye-based and pigment-based ink technology has advanced substantially over time.

The last but the important thing you want is for your prints is not to fade away, much like pouring water all over your work. Your prints can fade due to direct and indirect influences, the most common of which is sunshine.

Because the molecules on the page are smaller, dye-based inks are more prone to fading. As a result, the compounds react to sunlight much more quickly, resulting in more harm.

On the other hand, pigment inks have larger molecules, making it more difficult for sunlight to penetrate the work. Both inks, however, are high-quality options, and fading your work would need a lot of effort. Both inks will last for a very long time in their original state for Digital printers.

Dye-based inks beat pigment-based inks when it comes to overall print or trace quality. Dye inks excel at colors that rely significantly on color quality because of their vibrancy, brightness, and overall density.

On the other hand, Dye inks provide a more extensive range of color possibilities, with enough hues to handle even the most challenging projects. But, Dye inks lack “metamerism.”

This effect is most familiar with pigment inks and not with dye-based inks. It alters the color look based on the light. Pigment inks, on the other hand, do not always appear the same.

While pigment inks aren’t as brilliant or colorful as dye inks and don’t maintain the color against light, they’re still effective. In reality, most pigment inks these days have extremely low metamerism and can easily handle most applications. When it comes to overall print or trace quality, however, dye inks come out on top.

When it comes to total expenses, you’ll see that they differ significantly. Dye inks, for example, are quite inexpensive. You might not even need to think twice about purchasing the complete palette. The bulk of commercial dye inks are relatively inexpensive because of their water-based nature.

Pigment, on the other hand, is more expensive. It is because the pigment is more challenging to manufacture, and the fact that it utilizes more expensive components. Pigments, for example, need particular preparation procedures and are not affordable to get. Which Is The Best Option?

A lot of things come into play. It would be beneficial to consider what is being printed, what medium it’s on, and how it’ll be utilized, handled, and presented. Although there are no clear rules, the following is a good guideline:

Whether you’re a professional photographer selling high-quality pictures or need to post a sign in a swimming pool, these aspects should be considered.

When printing letters, notes, and memos, emails, reports, ticket confirmations, airline cards, or any of the other thousands of sorts of standard documents that the ordinary user may desire a printed copy of it.

The slower fade rate of pigment ink is advantageous for documentation designed to be “permanent.” Manufacturers’ print life figures range from 15 to 100 years for dye ink and 20 to 250 years for pigment ink.

It’s worth noting that even pigment ink doesn’t stay forever. Therefore the increased expense of pigment printing may outweigh the annoyance of reprinting the document much more frequently.

Dye-based inks are the finest choice for brighter, more vivid pictures. Pigment ink is excellent for text-based projects that must last. If you know your document or photo will expose to sunlight, a pigment-based ink is also the best option.

The majority of printers employ a mix of the two. Don’t worry if you’re still confused about which printer ink cartridge to use. 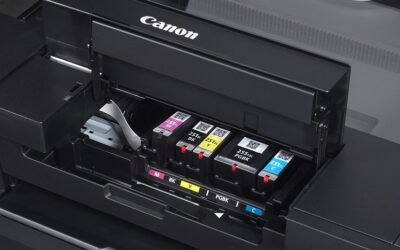 When you purchase expensive printer ink cartridges, you want them to perform flawlessly to achieve... 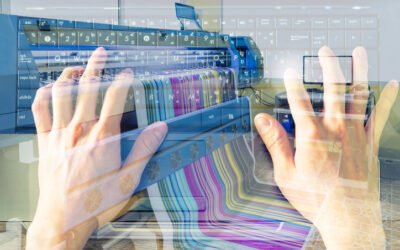 Which Printing Technology is Used by Canon Printers

A printer is a specific machine used to imitate graphics or texts, mostly on paper. These printers... 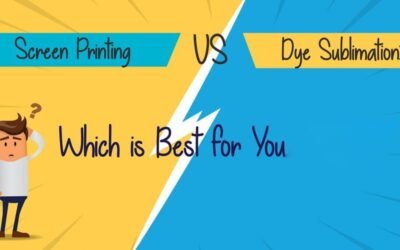 Dye Sublimation Or Screen Printing, Which One Is Better

Fabric printing is a fun and satisfying pastime. However, you will need to select a printing... 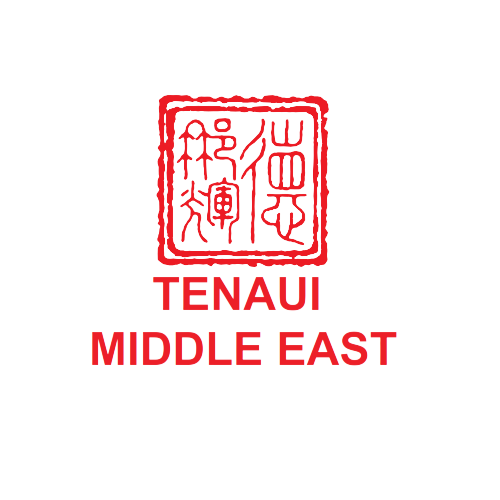 We have all products of Canon and Epson products.

We can deliver in worldwide.

We are online, chat with our sales team.

Chat with us
Product Inquiry
×
✓ Valid
The information you enter here will be sent directly to the recipient. It is not stored on this sites database. Read more in our Privacy Policy
SEND

You have Successfully Subscribed!

Share This
Open chat
1
Powered by Tenaui.com
Hello 👋
Welcome to Tenaui.com
How may I help you?